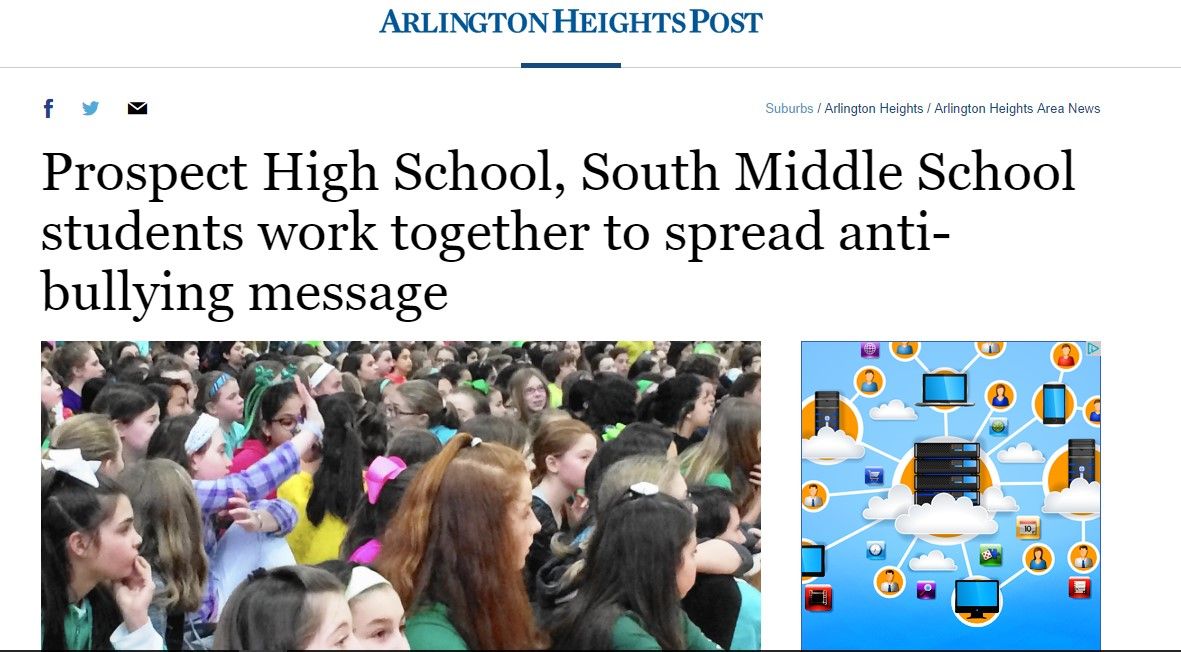 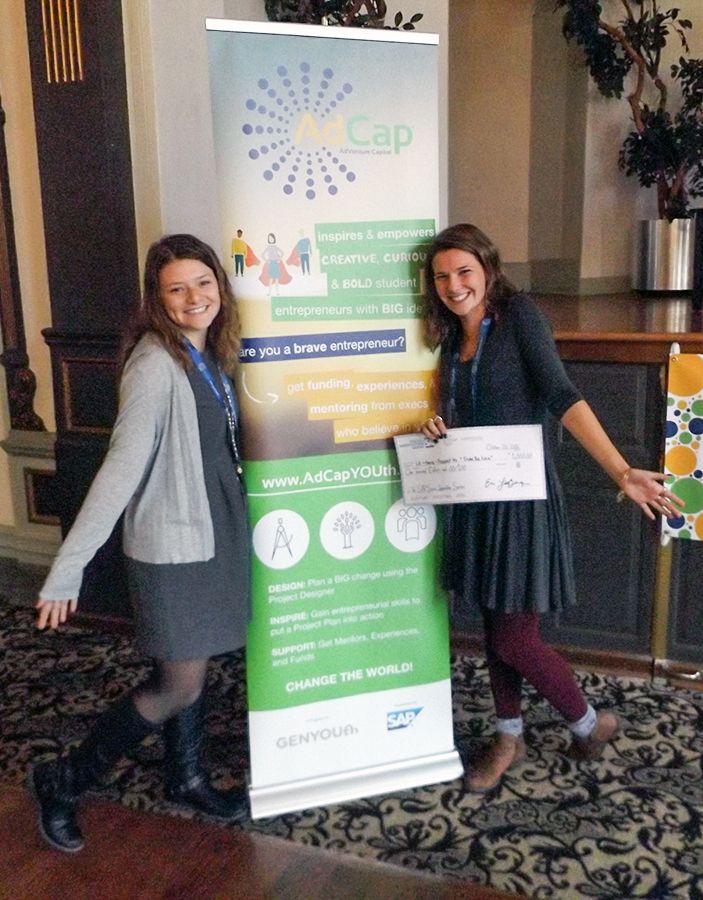 There’s perhaps no greater source of inspiration for a student than a fellow peer. Especially an older student who’s blazed a trail by doing something positive in her school and community that sets an example to model for younger students who’ll hopefully follow in the doing good footsteps of those who came before them. Intrepid AdCap entrepreneurs Lili and Hanna from Prospect High School are great examples of how AdCap winners grow through the program and often become mentors and leaders for younger students.

Prospect High School attended our Chicago SAP Social Innovation Series last fall. Lili and Hanna won a $1000 grant for their BIG idea, “Dude Be Nice,” an anti-bullying campaign program that they wanted to bring to their school.

Flash-forward several months and Lili and Hanna leading change at their own school, plus they’re also partnering with an elementary school to lead change and influence younger students too!

Lili and Hanna attended our SAP Social Innovation Series representing their Family, Career and Community Leaders of America (FCCLA) chapter at Prospect High School. FCCLA is an official AdCap partner, and FCCLA students at Prospect are using the funds from their AdCap project to help support their FCCLA projects, competing this month with their “Dude Be Nice” Project at the state level!

We wish the best of luck to Lili, Hanna and all the other FCCLA students participating in FCCLA competitions this month! They are developing important leadership and workforce ready skills through their participation in FCCLA and AdCap. To learn more about FCCLA, click here to heck out their website.

Lili and Hanna were also featured in the Chicago Tribune, which you can read about here!

Have a Project update for AdCap? Email us at info@AdCapYOUth.org and share your story!